What is a Circular Bioeconomy?

You may have heard people talking about the Circular Bioeconomy. It is a concept that has gained more and more traction in recent years as the environmental benefits have become more apparent. But what exactly is a Circular Bioeconomy (CBE)?

What is a Circular Economy?

Before we get into the particulars of CBE, it is important to know what a circular economy is. Usually when people talk about circular economy, they are referring to the reuse, recycling or repair of items like electronics or furniture. This can be considered circular since waste that normally would go to landfill or incineration is instead diverted back into the system.

Circular economy thinking holds huge benefits for the environment, since the production of virgin materials is unsustainable given the rate at which we are currently consuming resources. By adding value to waste products and designing products to be easily recyclable, we reduce the total number of resources we need to consume in order to get the same product.

It is worth mentioning that the benefit is largest when it comes to reuse. Recycling can be inefficient, and contamination means that perfectly recyclable materials often end up in landfills. Reusing items that would otherwise be thrown out guarantees a reduction of material consumption, and you don’t have to worry about contamination or use energy reprocessing the materials.

What is a Circular Bioeconomy?

Circular Bioeconomy is essentially the same as circular economy, but it refers specifically to circular economy measures which deal with organic materials like food. There are two major components to CBE which are deeply linked to each other. First, CBE focuses on the reduction of waste. This can be done in a few different ways. One way is to add value to things that are traditionally considered waste, thereby providing motivation to divert them away from traditional disposal routes like landfilling or incineration. This use of waste and residues as a resource is one of the threads which ties together almost every example of CBE.

The second component of CBE involves maintaining the value of products and materials for as long as possible. That means that instead of throwing food waste in a landfill, for example, you compost it and use the compost to fertilize soil. This keeps the energy within the system and prevents value loss. Composting also reduces greenhouse gas emissions by storing carbon in the soil which would otherwise be released back into the atmosphere during decomposition. This is tied to the efficient use of biomass, which is another major tenet of CBE thinking.

Circular Bioeconomy is a way of thinking about production in a more sustainable way. Renewable biological resources are converted into value-added products, with every little bit being used, reused and recycled as much as possible. In order to be circular, the resources must be returned to the system in the end.

In the case of Grain-4-Lab, the renewable biological resource in question is grain which has already been used for alcohol production. By valorizing this waste stream, we can add value to a resource which is currently underused and undervalued. Our system of production is truly circular, since the product we make from waste streams can be composted and used to fertilize the next batch of grain.

Currently, 99% of plastics are fossil fuel-based. As it stands, most bioplastics are made using food crops as feedstock. While this is an improvement on fossil fuel-based plastics, it is not completely sustainable. Here at Grain-4-lab we aim to produce bioplastics using waste products from distilleries as feedstocks to produce bioplastic laboratory components. These plastics can then be composted and used to fertilize the grain which will be used for alcohol production, and the cycle continues. 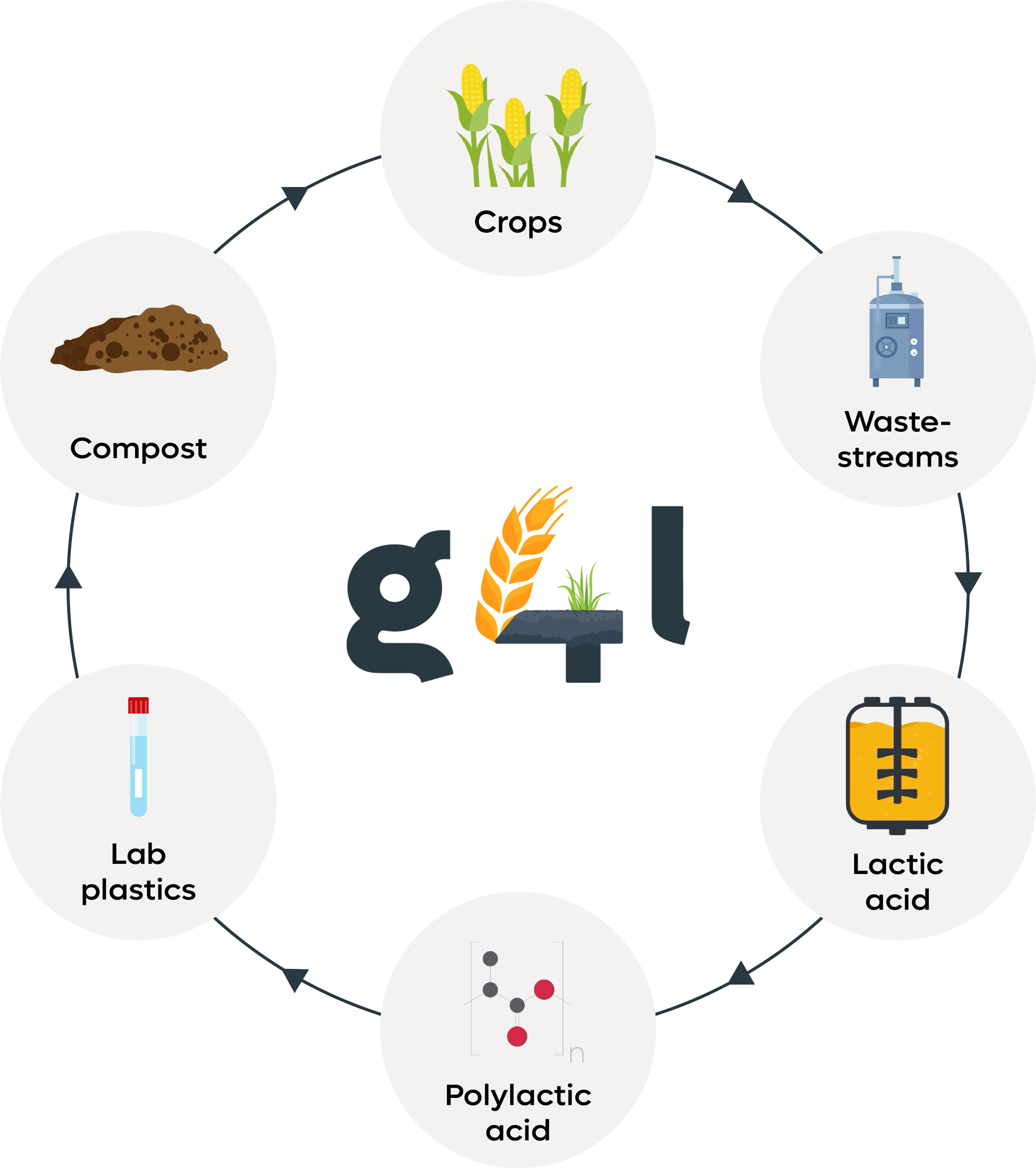 November 17, 2022
Not all plastics come from fossil fuels. You can make plastics using biological materials, and you can make them at home! Since…
View Post

Why is Flying so Bad for the Environment?

October 5, 2022
You have probably heard environmentalists make countless claims about the danger aviation poses to the environment. But is flying really so much…
View Post